I love my Mountain Equipment Co-op down-filled booties. Made for campers and people who like, go outside, these booties are built to travel from tent to fire in the middle of the night. And, I guess that’s practical for some people, but let’s be real. Even without multiple sclerosis, I’m never sleeping on the ground, and my fireplace turns on with a remote, the way God intended. I have no business even shopping at a place like MEC. I mean, I’m not exactly sure what “outdoor recreation gear” is, and until recently, didn’t know that Co-op means you have to become a paying member if you wanna buy anything. Is MEC a cult or something?
I don’t speak hippie.
Fortunately, the membership was only five bucks, and I didn’t have to pledge allegiance to Gaia, or trail mix, or my favourite rock (it’s diamonds). Shopping on-line meant I didn’t have to reveal my city-girl attitude and complete lack of belonging either, which was great, because, I NEEDED these booties.
MEC’s whole mountain climber marketing strategy is way too narrow anyway. I wear these extreme slippers in my loft apartment all day and all night, 12 months a year. Because, even in summer, my particular brand of MS means that the blood only kinda flows to my feet, and this is the best, and cutest, solution I’ve found for keeping my toes from certain amputation.
Recently though, I’ve begun to question my devotion to these beautiful booties. More and more, I’m dragging my right leg along behind me. I struggle to get it off the ground at all, and it’s fine if I’m wearing socks, but when I’m wearing the beloved booties, there’s a heavy whooshing sound that happens as I drag my foot across the floor. Like the sound of a slow-moving villain in a classic horror movie, it has become the soundtrack to my demise.
My formerly invisible illness is not only visible, now. It’s audible too.
Balls.
And, here’s the kicker (if only I could kick). I fucking have to learn to love this sound, to be grateful for it, even. Because who knows how much longer I’ll be able to make it?

Recently, Tripping On Air was recognized as a Top MS Blog by Healthlabs and that was super nice of them, but it’s good news for you guys too because, they’re giving TOA readers 10 FREE Comprehensive Health Test panels, where you can find out cool things like, your blood type or whether or not you have anemia. Non-Trippers shell out a whopping 99 bucks for this kinda intel.
Cool. But, is there a catch? You have to be American.
What? That’s not fair! Relax, hosers. Canada already gets this for free.
So, if you’re in America and you wanna find out about your lipids and your liver function, call 1-800-579-3914 and ask for your free comprehensive health test panel. You don’t need a doctor’s referral, you just need to name drop Tripping On Air. They will hook you up with a lab nearby where you can provide your blood sample. You’ll get results by email a day or two later. If you’re one of the lucky 10, lemme know how you made out. Don’t like, tell me how your kidneys are functioning – that’s confidential. But I’d love to hear how their service was.
Follow Tripping On Air on Facebook. 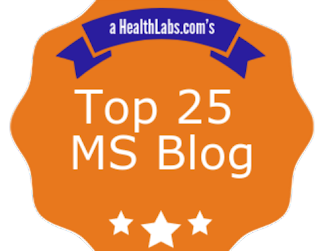 Last week I decided I wanted to go to the seriously spooky, grown-up haunted house Legends of Horror at Casa Loma, Toronto’s gothic revival mini-castle that sits just up the street from where we live. For most of October, we could hear the terrified screams of visitors to the exhibit from our balcony, and I wanted in. I had an inkling that this indoor/outdoor 2 kilometre ghost-walk wasn’t maybe the most accessible activity in town, but I ignored that inkling and bought tickets anyway.

How stupid could I be?

The day before we were set to go, I went back to the Legends of Horror website just to see how prepared I needed to be. I read something advising guests with “physical ailments” not to participate. That seemed a little too broad and ignorant for me, those of us with so called “physical ailments” not all sharing the same limitations or abilities. Plus, they also said it was “not ideal” for pregnant women, which lead me to seriously question what kind of person was making the decisions about who should and should not participate in what’s really just some interactive theatre.
I emailed the venue to get some intel, and was promptly told the exhibit is not recommended for walker or wheelchair users; that there were some stairs and tunnels. This still wasn’t very specific. Like, just how many stairs are we talking about? Note: Sometimes people with mobility aids can do a few stairs.

I was conflicted, and not really sure if this would be too much for me, but the thought of sitting at home with Halloween FOMO while my friends were out having fun, was too much to bear. And since I don’t have a walker or a wheelchair (I have a rollator and a transport chair), technically, the suitability information provided didn’t apply to me. Let’s do this.

The Banker suggested we bring Optimus Prime my convertible transport chair; that I walk as much as I was able; that he would push me as needed, and carry OP up any stairs we might encounter. Problem solved. I emailed the venue with my awesome new plan, and asked again just how many stairs we were talking about.
This is what they said:
“I would still suggest that is Not a good idea to carry that up and down the ‘uneven terrain’ that is part of this Legends of Horror experience.”
Aside from the callous reference to Optimus as “that” (rude), this was GREAT NEWS. “Not a good idea”, is not a hard no. And those quotation marks around uneven terrain? That was enough to convince me that the terrain might actually be pretty even. Grammar matters, people. Plus, they never did answer my question about how many stairs there were, so I decided it was two flights. Two-and-a-half, max. It would be difficult, but I could swing it. Because here’s the thing Casa Loma doesn’t seem to get: People with mobility aids have a whole spectrum of ability. Not all disability is the same, and it’s not cool to just decide something isn’t available to everyone. Just give us the facts, and let us figure it out for ourselves.

In defiance of MS

The night of the show, we bundled up and got ready to get scared. We rolled up to the venue, and a visibly alarmed ticket-taker took one look at OP and said, “Uhm, this is one-hundred-percent not accessible”. I was like, “Whatever. We’ll figure it out”.
And we did. In the end, it was like, 15 flights of stairs, in the dark and under a fog machine.  And what took most people an hour, took us well over two, plus a lengthy break at the bar at the midway point. It was actually completely unreasonable for me to have attempted this.
And I’m so glad I did.
In a disease where decline seems inevitable, it’s hard not to measure the passing of time by a yardstick of things I can no longer do. Anything in the grey area of what might be a little too tough or even reckless, forces me to say to myself, “If not now, never”.
So what? It’s just a stupid haunted house. (It was not stupid, it was freaking amazing.) A fun night out with friends doing something a little different, is an experience most take for granted. But there’s this feeling I sometimes get when I’m most aware of MS insidiously creeping up on me, and chipping away at my options. It’s the bittersweet realization that I’m doing something I’ll never do again. It’s the unspoken knowing that, this time next year, I’ll not be physically able to do whatever it is I’m struggling to do this year. Experiences take on added meaning when you realize:
This is the last time I’ll do this.
I didn’t think this haunted house thing would turn into a bucket list accomplishment, but I woke up the next morning feeling satisfied I’d experienced something unique and cool, and like I’d kicked some ass, those stairs being way scarier to confront than the wailing banshees and severed heads trying to spook us at the castle. My ill-advised night out was a kind of Fuck You to MS.

I must thank The Banker who dodged zombies to haul OP up and down all those steps like a damn hero. And thank you to my squad of patient friends, Trace, Lisa, Chris and Peter: I realize it’s extra terrifying to slow-walk through a graveyard. Thank you for not handling me with kid gloves; for not trying to talk me into the cautious, reasonable, thing, and for supporting my choice to keep bulldozing ahead, even when it seems really fucking stupid.