11 Of The Worst MS Myths Exposed

While it’s true you cannot spell ‘pedicure’ without ‘cure’, a fresh coat of polish and some attention to your cuticles is not in fact, a cure for drop foot. Yes, I almost power-kicked my last pedicurist in the face, but that was an involuntary reflex and not a sudden return of leg strength. Calling it reflexology might make it sound more legit but your myelin destroyers won’t be fooled. And neither will your benefits provider. I know this for sure because I tried to claim my last spa visit and my insurance company was really crusty about it.

MS Myth: You can’t get more than one disease at a time

I believed this was a thing; because everyone has something, but nobody has two things, right? Having MS was my thing, which meant I was invincible to other calamities. I actually used to say this out loud.
“I don’t need a dentist. I don’t need sunscreen. Duh. You can’t get more than one disease at time time.”

So I stopped flossing, thought about taking up smoking, and was playing fast and loose with my breast exams. Then, out of nowhere (okay, Poland), I got diagnosed with a mild arrhythmia called Wolff Parkinson White. All I heard was Parkinsons and lost my freaking mind, until it was explained to me that they’re not really the same thing. Technically, they’re not even kind of the same thing. (Which is really what the lab technician should have opened with instead of sending me on my way and telling me to follow up with someone who speaks English.) My life had flashed before my eyes, and now I wear my seatbelt, take my vitamins, and obsess over my own mortality all the damn time. Turns out this paranoia isn’t unreasonable, because science says that having one auto-immune disease increases the risk of acquiring a second (or third…) auto-immune disease. Quick, somebody get me a lottery ticket.

MS Myth: You have to fight to beat MS

Fight whom? Myself? My brain? Should I punch myself in the spine? I don’t enjoy conflict, least of all with my own body. I don’t know how to throw a punch, and my failed kick at the pedicure girl  missed by about 6 inches and smudged my polish in the process. That is a lose-lose fight. I guess I could slowly poison my liver with booze? That’ll teach my no good body to mess with me.
Wait, what? Tell me more! How have I have not heard of this?
Because there is no cure. There are some treatments that are effective for some people. I swear to you; I know all about them. Please stop telling me about something you sorta remember in Russia, or maybe it was Lithuania, but really it was just the headline of an article you saw on the inter webs; and anyway, I am not going back to Poland. I promise you that when there is a cure it is utterly impossible that I will first hear about it in a link you tweet me. Stick to updating me on the latest #timesup jerk, or why Meghan Markle’s dad is ditching his own daughter’s Royal wedding. This is the breaking news I trust you to deliver.

MS Myth: Getting liquored and engaging in séances will give you MS

Every super hero has an origin story, and as the heroine of my own, I’d convinced myself that some cheap red wine and a sketchy book of spells gave me some bad karma when I started experiencing my first MS symptoms one week after Halloween. I wish I were making this up, but I believed in the power of my own shoddy witchcraft for at least three years. I may be a true Slytherin, but the fact is, Hogwarts isn’t real. 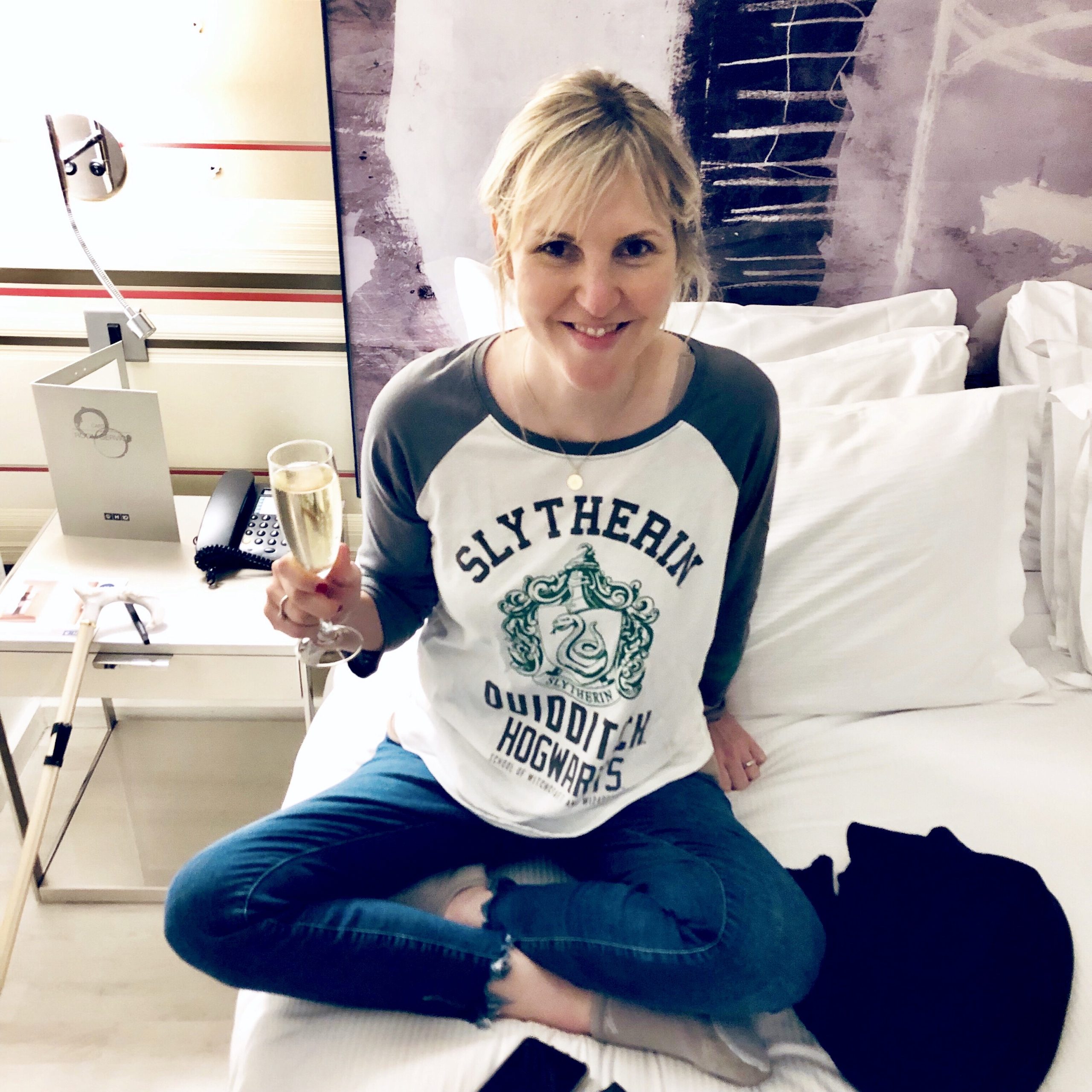 I wish. Then I could give it to my enemies. Okay, I’m obviously kidding. No, I’m not.

Someone actually said this to me. Turns out pretty people can also get new friends.

MS Myth: Everything happens for a reason

Oh really? Tell me more about the holocaust.

MS Myth: God doesn’t give us more than we can handle

MS Myth: People with MS are descended from Vikings

This one might be true, and that’s good enough for me to claim to everyone I know that it definitely is true. Our pets were dragons. It’s the only cool thing about having a horrible disease. Or about having super pasty skin, for that matter.

MS Myth: MS is a journey

Journey was a band that your parents listened to. Journey is a PS3 game for nerds. Journey is an affordable midsize crossover. Multiple Sclerosis is a vile disease. Calling MS a journey is an insult to the ’70’s, gamers, and sensible family vehicles everywhere. Don’t stop believing, MS sucks.
The internet is full of bad information about MS. What are some of your favourite misconceptions? Anything you wanna clear up?

6 thoughts on “11 Of The Worst MS Myths Exposed”