The no-good, ignorant, annoying advice, everyone with MS can expect.

Today I received some advice, unsolicited of course, from someone who is neither doctor nor patient, but who claims to know some ‘medical professionals’. It went a little like this: “I don’t know if you’ve ever thought about your diet before but, eating potatoes is really, bad for MS.”

Over the years, these people who, I presume, mean well, have felt it necessary to educate me on everything from costly and invasive surgeries and therapies in foreign countries, to extreme diets, to impassioned claims I should make sure it really is MS because the internet, or some headline, says drinking diet soda can produce symptoms identical to MS. I’ve heard all about the best friend who cured herself with an animal protein diet as often as I’ve heard about the vegetarian in complete remission.


So, what’s wrong with me? Why am I still sick?
The advice one receives with a chronic illness like MS is not limited to pushy diet and intervention tips either. I’m constantly being told, by people with uncomplicated bodies, to ‘keep fighting’ and, to ‘not give up’; because a positive attitude will for sure keep me from needing a wheelchair. (You lazy, giver-upper wheelchair-users, apparently have no one to blame but yourselves.)
If only it were that simple.
These overly concerned experts often barely know me and, I suspect, if questioned, would be hard-pressed to provide an even accurate-ish description of multiple sclerosis. The people who mean well are convinced they have the answer.
Here’s a little of what they don’t know.
Diet soda is disgusting.
Whatever the magic potion these people are pushing, chances are I already know about it. I’ve been on all the drugs, supplements and diets. I’ve sought out the experts and hopped on more than one plane to more than one country for tests and treatments. I know all about stem cells, bee stings, cobra venom and hyperbaric chambers, hookworms and hypnosis. I KNOW ABOUT HSCT. I’m an educated, informed, proactive patient.


I know more about my disease than you do.
Random stranger, I know you’re not actually a patronizing idiot. I know you just wanna help. But here’s the thing. You don’t have to fix me. I really do know you mean well. It’s just that, rest assured if it were that obvious to not be this fucked up, I would already be doing it. Times ten.
The people who mean well are not the worst people on earth, just the most annoying. In a world where everyone knows a guy or a guy who knows a guy whose gluten-free sister cured herself with a trip to Lourdes, it can feel frustrating to confront such an oversimplification of a serious problem. My serious problem. But how about I make you a deal? I will feign interest in the story of how your coworker has MS but is totally fine and when you tell me about the worst thing you’ve ever had to face in your whole life I will tell you how to quickly and easily solve it with positive thinking, a litre of cabbage water and whatever the opposite of aspartame is. 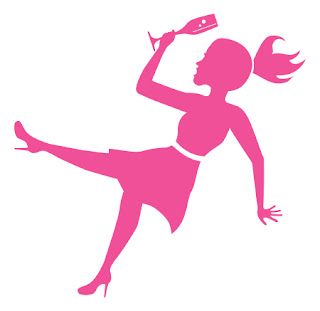 32 thoughts on “The no-good, ignorant, annoying advice, everyone with MS can expect.”