Why Is Selma Blair So Important Right Now?

Quick. Name three famous style icons with visible disabilities.
Stumped? Me too. Is it because there are no trend-setting celebs with disabilities? Is it because people who look sick can’t be fashion role-models? Did you at least name Iris Apfel?
Following last Sunday’s Vanity Fair Oscar party, I’m happy, relieved, and inspired to say I can now name at least one Hollywood fashionista who’s proving that Multiple Sclerosis and disability can be categorically beautiful.
After going public with her MS diagnosis last October, actress Selma Blair has been peppering her Insta feed with pictures that include a cane. This is a BFD because we don’t typically see disability represented in LaLa Land, or in media in general, at least not in a positive light. Sure, we see villains and victims, heroes and monsters. Lazy tropes that are used to advance the stories of the main characters; stories that don’t really have anything to do with the real life experiences of people actually living with disability.
Which is why Selma’s Oscars moment was such an important moment for disability visibility.
As a society we’re conditioned to believe all kinds of negative stereotypes about disability. The words that are often associated with the chronically ill include things like weakness, burden, victim, sad, other. These messed up ideas about disability – and in particular mobility aids – had a lot to do with my own anxiety and shame over being seen with a cane when I’d first started to need one.
And then Selma shows up at the VF party, winning the night with her Ralph & Russo gown and cape, proudly supported by the ultimate accessory, a custom, patent leather, pink-diamond studded, monogrammed cane by Asprey.
#want
Selma’s bad-ass cane was next level; that’s Hollywood. Maybe this degree of bling isn’t realistic or practical for everyone, but fashion is about fantasy, fashion is aspirational. And isn’t it wonderful for those of us in this community to have at least one fab example of the best of what disability can look like?
Of course, some of the tabloid media are still trying their best to spin this story into a tragedy. One headline screamed, “Selma Blair bursts into tears as she’s forced to walk with cane after MS diagnosis.” Fuck you, The Mirror. That is not how it went down. That stunner of a cane did nothing to diminish Selma.
It empowered her.
Selma herself described the moment as “indelibly marked in my heart”.
Furthermore, Selma outright rejects the notion of victimhood. “There’s no tragedy for me”, she told Vanity Fair. Open about the real struggle of living with MS, she doesn’t hide how hard it is, but more than that she doesn’t hide herself. This is a woman in the public eye, a working actress and mom, whom we, mere mortals with MS and other chronic illnesses, can look at and say, “Holy shit, that looks like me”.
Finally. 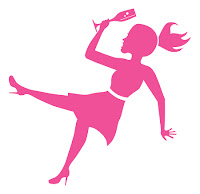 14 thoughts on “Why Is Selma Blair So Important Right Now?”